The first two jerseys for Jabberwockey Hockey are the Alice’s and the Cheshire Cats!

Registration for Nashville is now open, and filling up quickly, so if you want to join us, please sign up today! 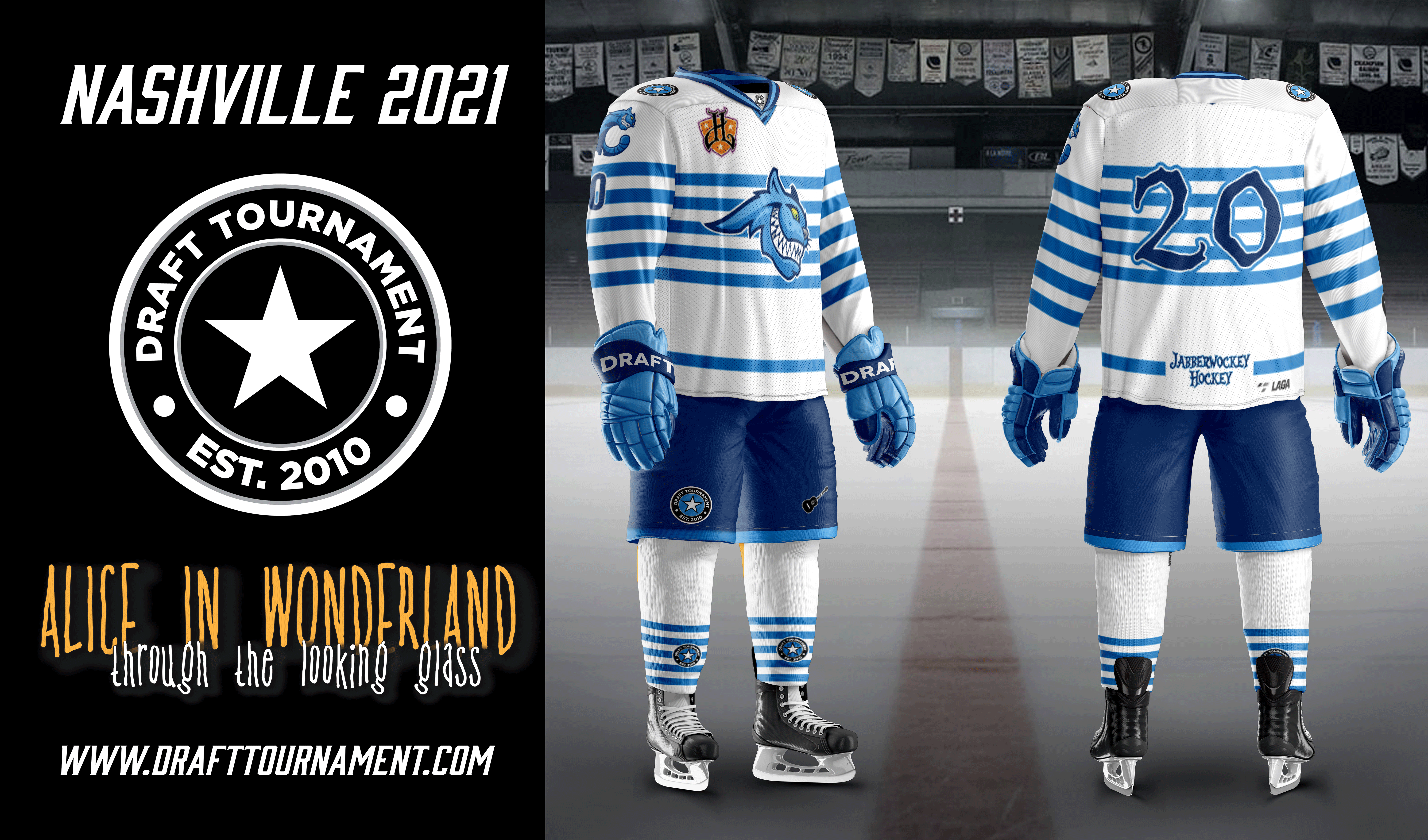