The first team in Winthrop is the Irish Death!

“Quilter’s Irish Death is the namesake beer of Jim Quilter, Founder of Iron Horse Brewery. This malt focused brew – dark in color and deep in taste – defies those pesky style guidelines. This beer is a little bit extra, and will always be a dark, smooth ale.” 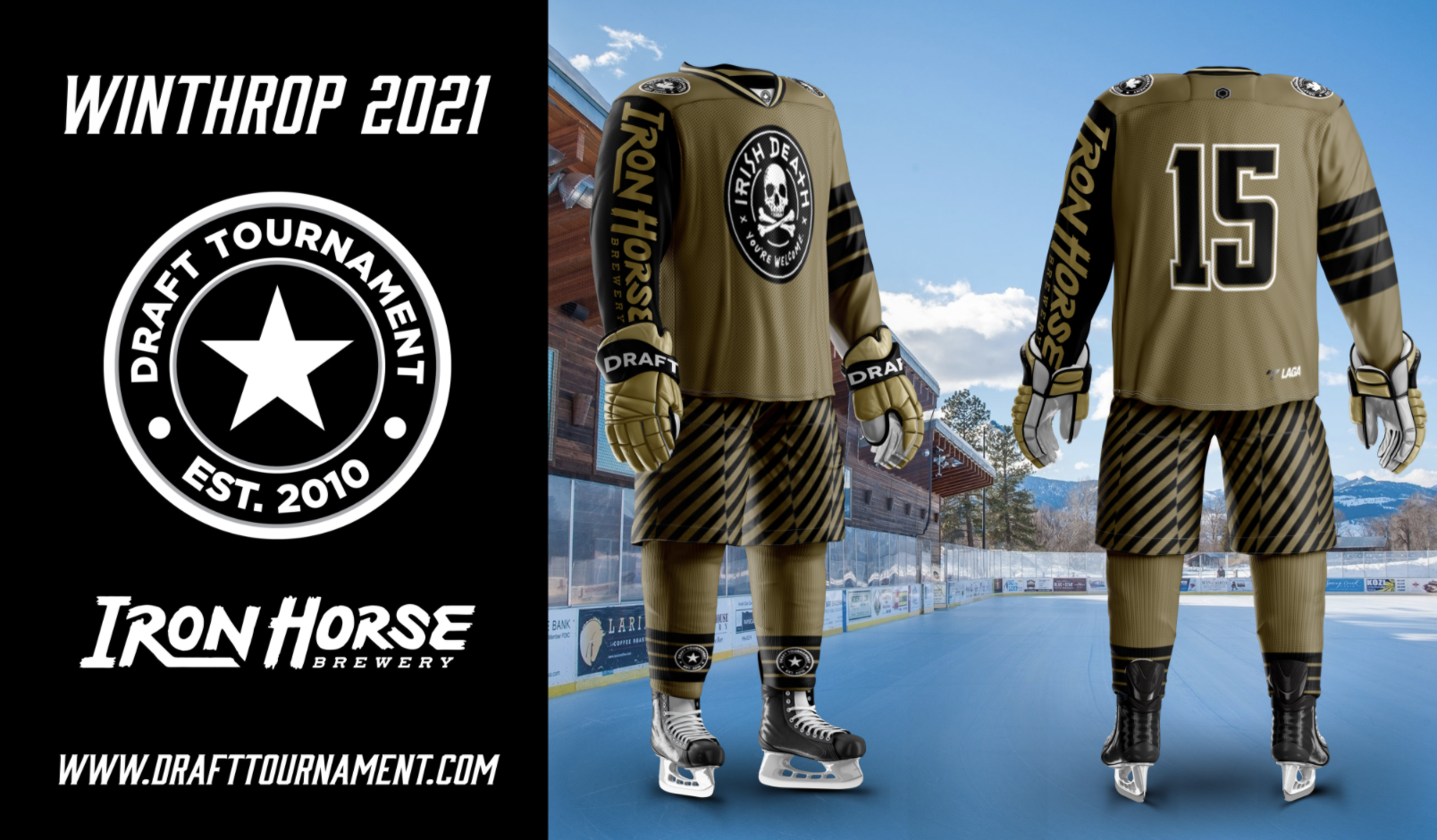