I walk into the draft party with my brother who makes the appropriate announcement that the Ironman has arrived, and everyone claps.  Ok, so that is a little over the top but I go with it.  I look up at the draft rounds projected up on the big screen and find myself in the fourteenth round which is full.  I am thinking how awesome it is that the event is a sellout and immediately I know there I have no hope of being sober by the time I am up to be drafted.  I get a beverage and start making the rounds talking to all my draft tournament friends.

At least 4 beers later I think the first round is about to start, but Nick Fleehart (Master of Ceremonies) calls me up.  Something tells me things are not quite right, this is when I discover the shenanigans are starting.  The NCHL guys give me a cool present to celebrate going to all the draft tournaments in a year, an Ironman jacket. 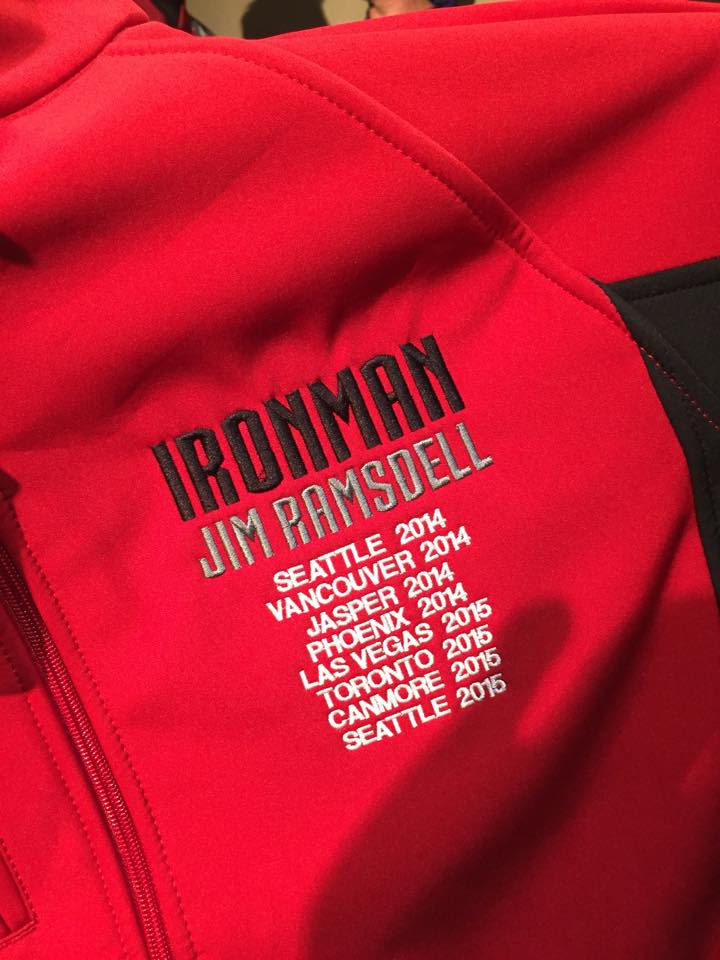 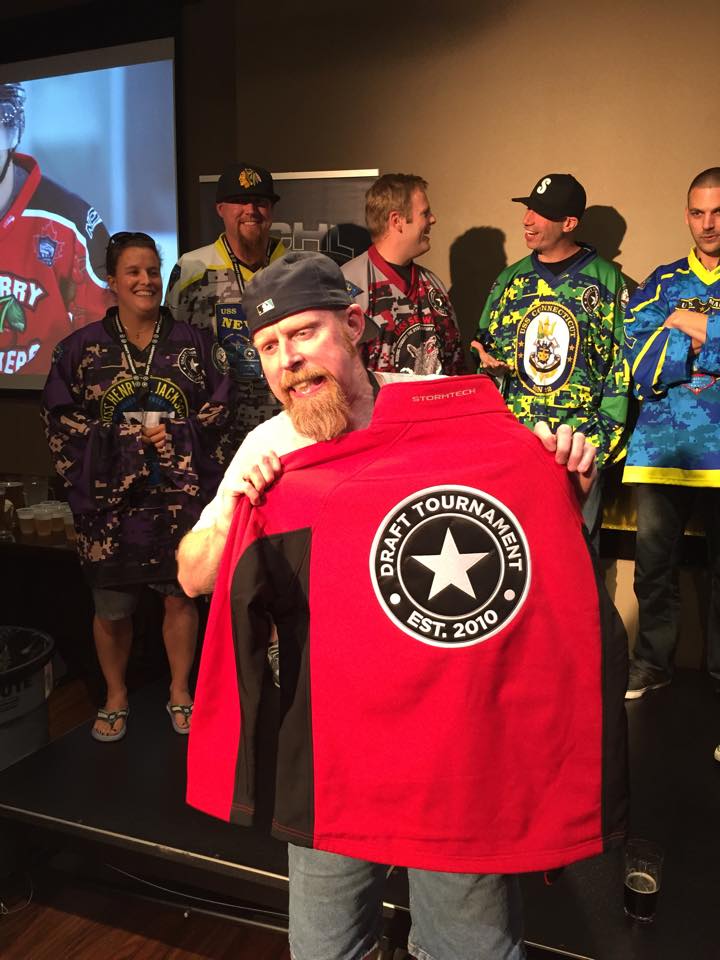 Next I am told that I am not actually going be drafted, I get to pick which team I want to play on.  I register my objection to this violation of protocol but
they force me to pick anyway.  I decided on my selection based on bribery.

The fourteenth round was mostly filled with fake players, except Bill Boxter the beer crusher. Well played NCHL! I may be the only non-goalie to ever play in draft tournament that wasn’t drafted.  I have to admit that I may have chosen poorly since I passed on playing with Seattle radio personality Steve Migliore, who ended up as the A champion winning goalie.  I vaguely remember the rest of the night other than I was having a great time.  My team ended the weekend with only one win, but it was against the later crowned A champions.

Once again I had a great weekend and I want to encourage anyone who enjoys hockey to come to one of the many Draft Tournaments that are held each year.  I don’t know how long the madness will continue, but I know I will be going to Calgary and Vancouver in the next month.

Be well and play hockey!

← Draft Tournament on KISS99.9FM in Seattle
→ Thoughts between Calgary and Vancouver