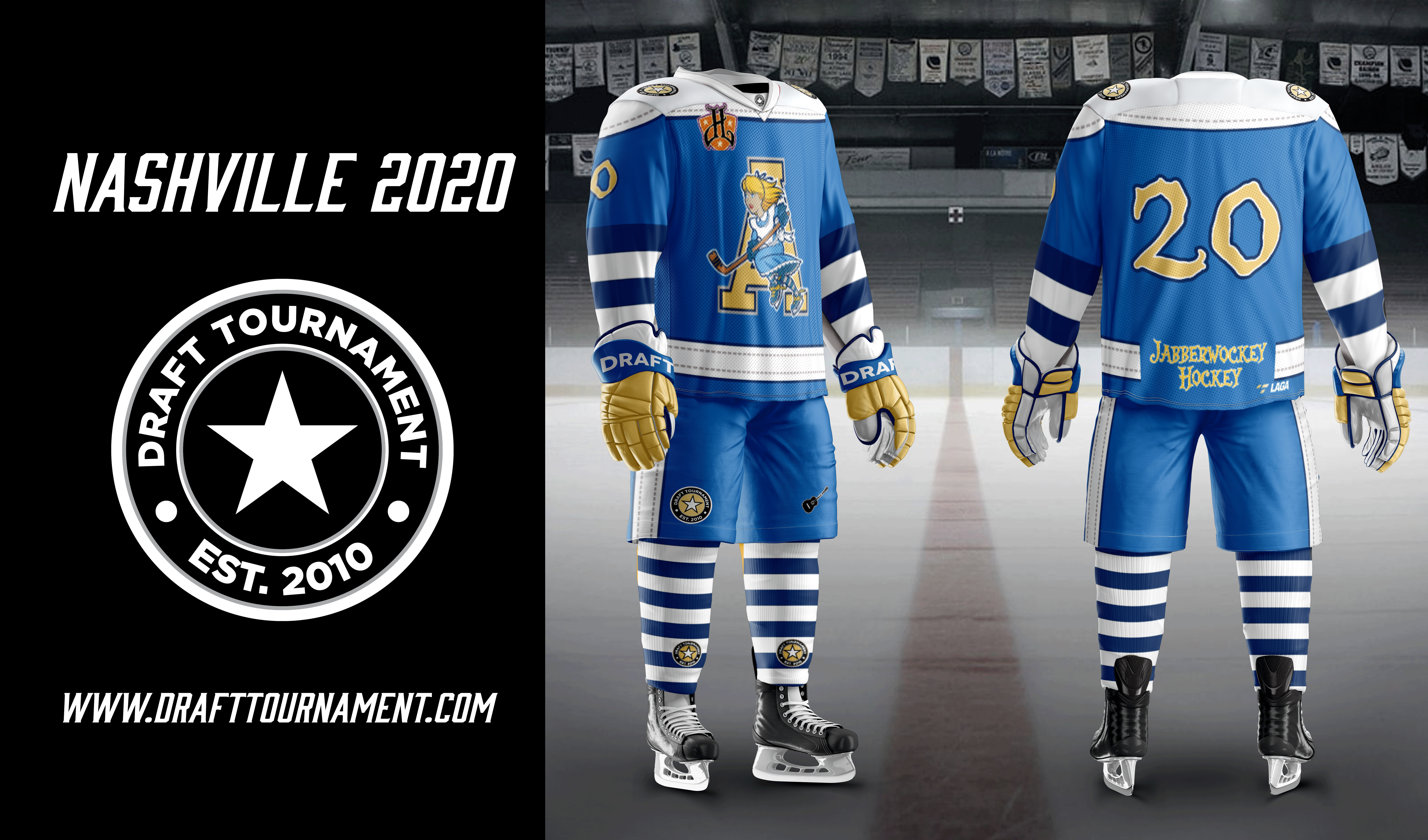 So without further ado, we present the first jersey from Jabberwockey Hockey, the Alice’s!

There are still a few last minute spots for Nashville if you want to join us! There is also Boston, Vegas, Comox, Canmore, Toronto and Sweden open for registration as well!